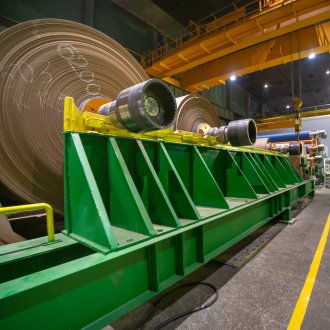 The creation of the Ilim joint venture, which would operate as Ilim Group, was finalized in October of 2007, when International Paper purchased 50 percent of Ilim Holding for approximately USD 620 million.

Jan. 24, 2023 - International Paper today announced that it has entered into an agreement to sell its 50% interest in Ilim SA, the holding company for its Ilim joint venture (JV), to its JV partners for US$484 million equity value.

The sale is subject to regulatory approvals in Russia.

This transaction indicates ~$3.5 billion in total enterprise value (TEV) for Ilim based on a ~3.1X EBITDA multiple on 2022 full-year results*.

International Paper also received an indication of interest from its JV partners to purchase all of its shares (constituting a 2.39% stake) in JSC Ilim Group for US$24 million on terms and conditions to be agreed.

International Paper intends to pursue an agreement to sell the JSC Ilim Group shares, and to divest other non-material residual interests associated with Ilim, to its JV partners.

Additional information will be communicated when available.

In October of 2006, International Paper and Ilim Pulp announced the signing of a letter of intent to establish a 50-50 joint venture, which would be created through International Paper purchasing a 50 percent equity interest in Ilim Holding. At that time, Ilim Pulp, a subsidiary of Ilim Holding, was the largest operator of pulp and paper mills located in the European and Siberian regions of Russia.

The creation of the joint venture, which would operate as Ilim Group, was finalized in October of 2007, when International Paper purchased 50 percent of Ilim Holding for approximately USD 620 million, following the approval earlier that year from the Russian Federal Antimonopoly Service in June and the partners signing a definitive agreement in August.

Today, Ilim Group operates major Russian pulp and paper mills in the Arkhangelsk, and Irkutsk Regions, having branches in Koryazhma, Bratsk and Ust-Ilimsk, as well as forestry branches, procuring raw materials to the production facilities, and two corrugated cardboard plants in the Leningrad and Moscow Regions.

According to the most current information on Ilim's website, the company produces 2.16 million tons per year (tpy) of pulp; 815,000 tpy of board (kraftliner); 532,000 tpy of paper (uncoated and coated grades); and 131,000 tpy of corrugated packaging. Ilim's central office is in Saint Petersburg.