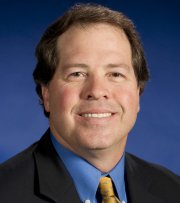 Crocco replaces Chris Dirx who resigned for family-related health issues. Dirx will continue to be available to help with a smooth transition.

Crocco brings more than 30 years of finance and corporate leadership experience to Imperial Dade. Most recently, he served as EVP and Chief Financial Officer at Air Products and Chemicals Inc.

"Scott brings with him a customer-centric mindset along with a wealth of experience with world-class distribution businesses, and we are delighted to have someone of his caliber step into the CFO role," said Robert Tillis, Chairman of Imperial Dade.

Imperial Dade is a leading distributor of disposable food service and janitorial supplies, serving more than 90,000 customers across North America.