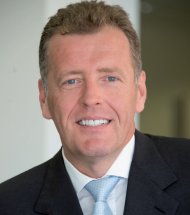 Aug. 29, 2022 - Glatfelter Corporation on Aug. 25 announced that Thomas Fahnemann has been appointed to the role of President and Chief Executive Officer, effective immediately. He replaces Glatfelter's current Chairman and CEO, Dante C. Parrini, who will be leaving the company following a 25-year career.

In addition, the Board has appointed Mr. Kevin M. Fogarty, currently an independent Glatfelter Board Director and Chairman of the Nominating and Corporate Governance Committee, to the role of Non-Executive Chairman.

Glatfelter noted that these changes are not related to its operations, financial reporting or controls, or personal conduct. 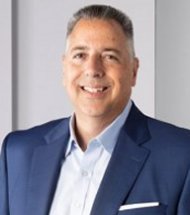 "The Board of Directors of Glatfelter are unanimous in our view that we have the right combination of business segments serving attractive, growth-oriented markets and customers, with sustainable product offerings to truly address fundamental challenges in today's changing world," said Lee C. Stewart, Independent Lead Director. "Nevertheless, as our shareholders and all stakeholders well know, unprecedented global inflationary challenges, and the geopolitical conflicts in Russia/Ukraine primarily, have yielded major challenges impacting Glatfelter's financial performance.

"As such, the Board is also unanimous in its view that now is the right time for new leadership at Glatfelter to address these concerns specifically, while charting a new direction to unlock the full value we fundamentally believe is unique to Glatfelter. In naming Thomas Fahnemann as our next CEO, we are confident his success leading similar consumer-driven, industrial businesses, coupled with his vast European experiences and perspectives, will present our shareholders, customers, and employees alike with a disciplined approach to reposition the company toward a future we all believe is achievable," Stewart concluded.

Fahnemann holds a Master of Business Administration degree from Mainz University of Applied Science in Germany and is a graduate of Northwestern University's Executive Management Program. He will be based at Glatfelter's corporate headquarters in Charlotte, North Carolina.