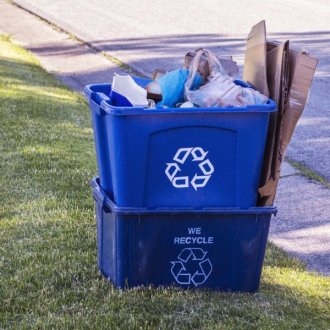 While Gen Z members often are considered to be the most environmentally conscious, they have the least confidence among all age groups in knowing how to recycle.

Aug. 19, 2022 - New data from DS Smith has revealed that the generational gap in recycling has gone global — with older people more than any other generation holding themselves accountable for responsibly recycling of boxes.

While Gen Z members often are considered to be the most environmentally conscious, they have the least confidence among all age groups in knowing how to recycle, based on the packaging leader's new survey in the UK that matches a similar company poll in the United States.

In the latest UK poll, two thirds of Gen Z respondents (those born from 1997 to 2012) blame barriers to recycling, including confusion over what items can be recycled, a shortage of recycling bins and lack of clear disposal instructions on products. Only 41% of those over age 55 see such obstacles.

Also, twice as many in the Gen Z group compared to their older counterparts say they don't know where to find advice on recycling.

The findings indicate that the generational split on sustainability is international.

A DS Smith survey in the U.S., released in May 2021, found that Baby Boomers — the generation that came of age amid the first Earth Day in 1970 — are the most motivated to recycle those leftover boxes.

Broken out by generation, Baby Boomers (71%) hold themselves more accountable for responsibly recycling their boxes than others — millennials (60%), Gen Z (59%) and Gen X (58%).

"To encourage all generations to play their part in helping the environment, we have to remove the barriers that keep them from doing so," said Keith Tornes, managing director of Paper, Forestry and Recycling for DS Smith North America. "That's why at DS Smith, we have publicly supported local initiatives to improve recycling infrastructure and increased awareness to help consumers understand how and what to recycle."

The U.S. survey found that all groups were united when asked about the surplus of boxes from e-commerce spending and the message was clear: They're not bothered by the extra packages but do want them made of sustainable materials.

About 44% of those surveyed report getting more shopping deliveries during the COVID-19 pandemic, with 15% saying they are "drowning in boxes."

In an important, pro-environment signal, three-quarters (73%) of those polled say they care if the box is made from sustainable materials.

DS Smith, in its operations, supports a circular economy that aims to reduce and eliminate waste and advocates for the reuse of materials, including its box-to-box in 14 days model that ensures boxes are collected, recycled and turned into new boxes within two weeks.

The U.S. survey was conducted online April 1-5, 2021, among 1,020 Americans who have the same amount or more boxes lying around from online shopping compared to pre-pandemic. The margin of error is plus or minus three percentage points.

DS Smith is a leading provider of sustainable fiber-based packaging worldwide, which is supported by recycling and papermaking operations. To learn more, visit: www.dssmith.com.