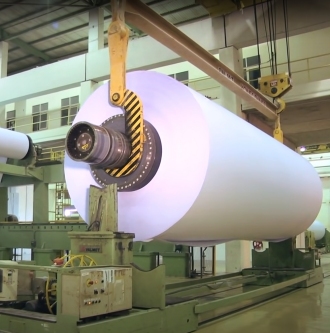 APRIL Group announced plans to build a new paper mill in Sumatra that will be capable of producing 1.2 million tons of folding boxboard (FBB) per year.

April 14, 2022 - Asia Pacific Resources International Limited (APRIL Group) said that it is investing IDR33.4 trillion (approx. US$70 million) in the construction of a new paper mill in Indonesia.

The construction of the new facility, which will be located at APRIL's operations in Pangkalan Kerinci, in Riau province, Sumatra, is one of the largest manufacturing investments in Sumatra in the last decade.

When completed, the new paper mill will be capable of producing 1.2 million tons of folding boxboard (FBB) per year — a product that is fully recyclable and biodegradable.

APRIL did not disclose a timeline for the project or an expected date of start-up.

Speaking at a ceremony to mark the construction of the new production facility, Airlangga Hartarto, Coordinating Minister for Economic Affairs said, "We warmly welcome this investment by APRIL Group, which will improve the wellbeing and prosperity of the local communities while also boosting national economic development. The government will continue to develop strategies to support the recovery of national exports through strengthening market access and helping to improve product competitiveness."

Agus Gumiwang Kartasasmita, Minister of Industry, said, "The increased manufacturing of paperboard in Indonesia will reduce our dependence on imports for this product, while also boosting our foreign exchange reserves through export-oriented sales. This development is also aligned with our Government's focus to reduce reliance on imports and boost Indonesia's industrial and manufacturing development."

Sihol Aritonang, President Director, PT Riau Andalan Pulp and Paper, the operating arm of APRIL Group, said that the investment was the latest stage in the company's development of its operations in Riau and was part of APRIL's long term commitment to the region.

"This is our largest single investment here since the company was founded almost 30 years ago. This product diversification strengthens our commitment to grow our business sustainably, in line with our existing sustainability commitments and our APRIL2030 targets. The new facility will have a significant positive multiplier effect on our surrounding cities and towns, with over 4,000 construction jobs and nearly 1,000 permanent roles planned."

APRIL noted that the Group's fibre supply comes from 100% renewable plantation sources. Additional supply for expanded production capacity will come entirely from its existing supply chain. The company has posted a 40% increase in fibre yield over the past five years from its existing plantations while also committing US$1 per tonne of plantation fibre produced towards landscape conservation.

The company has targeted a 50% gain in fibre plantation productivity by 2030.

APRIL Group is a leading producer of fibre, pulp and paper with plantations and manufacturing operations in Riau Province, Indonesia. To learn more, visit: www.aprilasia.com.