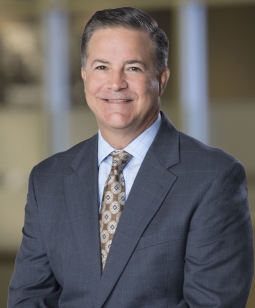 March 24, 2022 - PaperAge today announced that Mark Sutton, Chairman and CEO of International Paper, is the recipient of PaperAge's 35th annual "Executive Papermaker of the Year" award.

An interview with Mr. Sutton appears in the January/April 2022 issue of PaperAge magazine.

PaperAge selects its Executive Papermaker based on corporate vision, strategic objectives and strong leadership both within the individual's company and the paper industry as a whole. The award has been an industry tradition since 1988.

The recent spin-off of IP's global printing papers business, now operating as Sylvamo, was completed on Oct. 1, 2021. The separation has enabled IP to focus on corrugated packaging and absorbent (fluff) pulp.

"Under Mark Sutton's leadership, International Paper has transformed itself into a corrugated packaging-focused company that is significantly less complex," said John O'Brien, managing editor at PaperAge. "IP now is well positioned to meet the surging demand for containerboard and corrugated boxes in growing e-commerce applications as it continues to optimize its mill and box plant system."

As part of the company's "Building a Better IP" initiative, Sutton and his team plan to increase capital investments at existing mills and box plants as well as invest in new box plants in the next few years to build needed capabilities and capacity.

Sutton has been with the company his entire career. He joined International Paper in 1984, as an engineer at the Pineville, Louisiana, mill. In 1994, he was named mill manager at the Thilmany, Wisconsin, mill which at the time was part of International Paper's industrial papers business.

Originally founded in 1884 as a paper industry news publication titled, "United States Paper Maker", PaperAge today has evolved into the premier publication and web portal for pulp and paper industry professionals around the world. To learn more, visit: www.paperage.com.