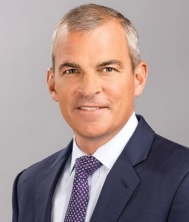 "On behalf of the Board of Directors and the entire WestRock team, I want to thank Ward for his tremendous leadership as the Company's chief financial officer," said David B. Sewell, chief executive officer of WestRock. "Throughout his career with the Company, Ward maintained a steady focus on supporting WestRock's significant growth and built an outstanding track record of creating value for our shareholders. We all wish Ward the very best in his retirement."

Sewell added, "I'm pleased that Alex Pease will be joining WestRock as our new chief financial officer. Alex's success and experience as a public company CFO, his financial expertise and his outstanding leadership qualities will be a valuable addition to the WestRock team."

Pease, age 49, brings with him more than 20 years of experience in corporate strategy, M&A, capital markets, portfolio optimization and broad-based business transformation. He has served in the chief financial officer role for three public companies of increasing global scale and complexity, most recently at CommScope Holding Company, a $8.5 billion leader in the telecommunications and networking equipment technology space with more than 32,000 employees globally operating in 130 countries worldwide.

Prior to transitioning to his finance leadership roles, Pease spent more than 10 years with McKinsey & Company in a wide range of advisory roles, before departing as a partner in 2011. Pease also served as a US Navy SEAL from 1994 to 2000, eventually departing as a Platoon Commander in 2000. He holds a Bachelor of Science degree from the U.S. Naval Academy and a Master of Business Administration from The Tuck School of Business at Dartmouth College.