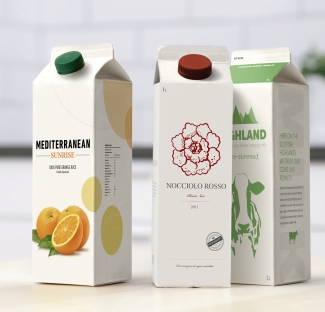 Stora Enso pointed out that market demand for sustainable packaging is increasing and the investment in Skoghall will further drive profitable growth in attractive end-use segments, such as liquid packaging board and coated unbleached kraftliner.

Oct. 20, 2021 - Stora Enso announced that it is investing EUR 97 million to expand the board production at the Skoghall site in Sweden. At the same time, Stora Enso is initiating a pre-feasibility study to convert the second, currently idle, line at its Oulu site in Finland, to a packaging board line.

According to Stora Enso, market demand for sustainable packaging is increasing and the investment in Skoghall will further drive profitable growth in attractive end-use segments, such as liquid packaging board and coated unbleached kraftliner.

Following the investment, the annual packaging board production at Skoghall can be increased by approximately 100,000 tonnes, to a total capacity exceeding 900,000 tonnes, subject to environmental permits.

Stora Enso explained that the investment decision follows the completion of the feasibility study announced in November 2020. Based on the study, the company has decided not to go ahead with the originally planned pulp capacity expansion. The original feasibility study had an estimated capital expenditure of approximately EUR 800-850 million for both pulp and board capacity expansion. The board expansion in Skoghall will be implemented through debottlenecking of one of the existing production lines, and executed in two steps, utilising the scheduled maintenance stops.

Stora Enso expects to complete the project at Skoghall in the second half of 2023.

Stora Enso's Oulu site is a premium kraftliner producer in northern Finland. The ramp-up of the first converted production line has been successfully executed, reaching towards full capacity, quality requirements as well as profitability ahead of plan.

In early 2021, one of two former paper machines, was converted to kraftliner for consumer packaging applications. The pulp mill and drying machine were modified to produce unbleached brown pulp. The second former paper production line has been kept idle in the meantime. When fully ramped up, the annual capacity of the first line is 450,000 tonnes of kraftliner and 550,000 tonnes of pulp.

Following the successful conversion in Oulu from paper to kraftliner production for food applications, Stora Enso has decided to initiate a pre-feasibility study to convert the second, idle paper line into a packaging board line. A second conversion would further improve the Oulu site's flexibility and competitiveness, through integrated pulp availability, additional fixed and variable cost savings, and ability to utilise the adjacent deep-sea harbour. The pre-feasibility study will be completed early 2022.

Part of the bioeconomy, Stora Enso is a leading global provider of renewable solutions in packaging, biomaterials, wooden constructions and paper. To learn more, visit: www.storaenso.com.