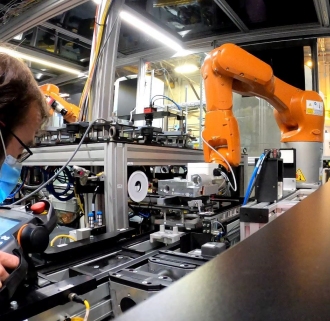 Based in Salisbury, North Carolina, Integro Technologies is a nationally recognized and industry-leading vision integrator and inspection company. With over 50 employees and 30 degreed engineers, Integro develops turn-key productivity solutions through machine vision and robotics.

"We are very excited to have Integro join KDG," said Ben Mondics, President and CEO of Kaman Distribution Group. "Integro is a leading player in machine vision inspection and we look forward to pairing their capabilities with our national scale to bring significant value to our respective customers and suppliers. The founders of Integro have built a great organization with a talented and dedicated group of associates and we look forward to their continued contribution and success as part of KDG."

Tom Campion, Founder of Integro, states, "We are very excited to partner with KDG and leverage their national footprint and value-added capabilities. Working as a team, we have always improved and evolved to accomplish far more than we could ever achieve individually. Joining forces with KDG represents an important milestone in our journey to help accelerate our growth."

Integro will be a part of KDG's Kaman Automation business unit, but will support the entire platform across a number of critical industries including pharmaceutical, medical, automotive, aerospace, consumer products, packaging, and logistics.