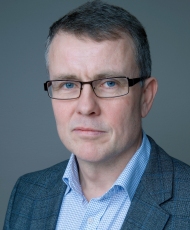 Berg has extensive experience from a number of positions in the pulp and paper industry, in addition to food industry. Until recently, he was the Executive Vice President at TINE with responsibility for production, investments, contingency planning, product development and R&D. He has previously been Managing Director at the Norske Skog mills Follum and Parenco as well as production and maintenance manager at Saugbrugs from 1997 to 2001.

Berg graduated in 1987 with a master degree in chemical engineering at NTNU in Trondheim.

Norske Skog Saugbrugs has around 395 employees and a turnover of NOK 2.0 billion as well as a production capacity of 330,000 tonnes of magazine paper with main markets in Europe and North America. Saugbrugs produces 2.7 million nm3 of biogas annually.