Finnpulp Calls for Annulment of the Supreme Administrative Court's Decision 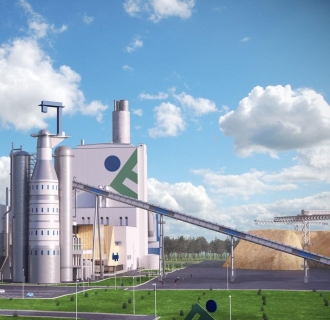 June 1, 2021 (Press Release) - Finnpulp Oy, which is planning a bioproduct mill project in Kuopio, Finland, has submitted an application for annulment to the Supreme Administrative Court (SAC) on May 25, 2021. Finnpulp calls for the annulment of a negative decision on the environmental permit of the mill project and the immediate granting of an environmental permit, mainly under permit conditions approved by a minority of the SAC, or at least a review of the matter.

In the company's view, the SAC's decision of 19 December 2019 on the environmental permit confirmed by the Vaasa Administrative Court was based on a procedural error related to hearing and possible temporary nature of the permit, as well as on misinterpretation of the Environmental Protection Act concerning the concept of uncertainty.

Finnpulp's CEO Martti Fredrikson says that the company has concluded a new pre-agreement on the mill site with the City of Kuopio.

The planned bioproduct mill will produce 1.2 million tonnes coniferous pulp per year and significant amounts of biochemicals and bioelectric power. According to Fredrikson, the extra heat generated by the bioproduct mill from renewable raw materials could also serve nearby communities.

The estimated cost is EUR 1.6 billion. During the construction phase, it will provide 6,000 man-years of work, and when completed, the plant will bring in a total of 3,400 jobs.

Finnpulp is a special purpose company solely founded to manage the investment of a new softwood pulp mill in Finland. To learn more, please visit: www.finnpulp.com