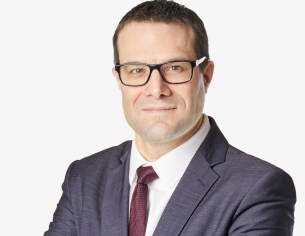 "This has been a very good quarter for our strong and growing wood products business as the lumber tailwind continues." – Remi Lalonde, President and CEO of Resolute Forest Products.

"This has been a very good quarter for our strong and growing wood products business as the lumber tailwind continues," said Remi G. Lalonde, president and chief executive officer. "We are making good progress with the ramp-up at our El Dorado (Arkansas) and Ignace (Ontario) sawmills, both of which are now running on two-shifts, helping to increase production in favorable markets.

"Our balance sheet got stronger and our business more competitive this quarter with the timely refinancing and deleveraging of our senior notes, the refresh of our senior secured credit facility and the approximately $30 million in annual free cash flow improvement once the implementation guidance for U.S. pension relief measures take effect. These moves will support our progress as we continue to accelerate our evolution to generate long-term value for shareholders and to drive sustainable economic activity in the communities where we operate."

During the first quarter, Resolute announced its commitment to reduce absolute greenhouse gas (GHG) emissions (scope 1 and 2) by 30% against 2015 levels by 2025. This new target builds on the company's 83% reduction in absolute GHG emissions from year-2000 levels, two-thirds of which reflect reductions in emission intensity.

The company reported operating income of $177 million, compared to $4 million in the fourth quarter. The improvement reflects higher selling prices in all segments ($148 million), partially offset by lower overall shipments ($23 million), and a higher share-based and variable compensation provision ($7 million). The company also incurred a charge of $12 million related to a process improvement program to improve the financial performance of the Calhoun (Tennessee) operations.

The fourth quarter operating results were unfavorably affected by non-cash charges related to the temporary idling of the Baie-Comeau and Amos (Quebec) newsprint mills ($80 million), which were partially offset by a credit of $10 million under the Canada Emergency Wage Subsidy (or, "CEWS") program. The CEWS credit was based on the significant drop in revenue in the company's pulp and paper segments as a result of the pandemic.

The wood products segment generated operating income of $221 million in the quarter, a $93 million improvement from the fourth quarter, due to a $266 per thousand board foot increase in the average transaction price, or 44%, on strong lumber demand. But shipments fell by 50 million board feet because of seasonal shortage in rail cars and trucks, pushing finished goods inventory up by 46 million board feet, to 143 million board feet. The operating cost per unit (or, the "delivered cost") rose by $49 per thousand board feet, or 13%, reflecting a higher variable compensation provision, higher fiber costs and the CEWS credits received in the previous quarter. EBITDA in the segment improved by $93 million, to $232 million.

Operating income in the market pulp segment was $4 million, an improvement of $8 million over the prior quarter. The average transaction price rose by $51 per metric ton, or 9%, with gains in all virgin fiber grades. The delivered cost increased by $22 per metric ton, or 4%, mainly due to higher weather-related energy and freight costs. Shipments were 12,000 metric tons lower, but finished goods inventory also decreased by 7,000 metric tons. EBITDA in the segment improved by $8 million, to $10 million.

The company incurred an operating loss of $24 million in the paper segment in the quarter, $5 million worse than the previous quarter. The average transaction price rose by $13 per metric ton, or 2%, but shipments slipped by 16,000 metric tons compared to the seasonally stronger fourth quarter. The delivered cost increased by $31 per metric ton, or 5%, due to higher energy and freight costs, as well as CEWS credits received in the fourth quarter. As a result, EBITDA fell by $8 million, to negative $9 million. Finished goods inventory dropped by 9,000 metric tons, to 87,000 metric tons.

During the quarter, the company announced the indefinite idling of its Baie-Comeau and Amos newsprint mills, which were temporarily idled since the spring of 2020, as a result of market conditions and impacts of the pandemic.

The company generated $74 million of cash from operating activities in the quarter, including an increase in raw material inventory due to the seasonal build-up of logs ahead of the spring break-up and a $14 million investment, net, in fixed assets. The company incurred an expense of $37 million related to losses on lumber futures contracts, including $23 million in realized losses during the quarter. The company also used $75 million to further deleverage its balance sheet in a refinancing transaction and $17 million to repurchase 1.7 million shares in the quarter, or 2% of shares outstanding, and 8.7 million shares, or 10% of shares outstanding, for $47 million, in the last 12 months.

In the quarter, the company closed on a private offering of $300 million unsecured senior notes due 2026 with a 4.875% coupon, issued at 100% of par value. The company used the proceeds and cash on hand to redeem at par all of the $375 million aggregate principal amount then-outstanding of its 5.875% senior notes due 2023.

The company's liquidity at quarter-end was $653 million, and the leverage ratio fell to 0.9x on a net debt to last-twelve-months adjusted EBITDA basis.

By quarter-end, the company had recorded cumulative softwood lumber duty deposits of $275 million on the balance sheet, including $32 million paid in the quarter.

The recently-passed American Rescue Plan Act of 2021 includes provisions that allow for interest rate smoothing of pension funding deficits to minimize the impact of lower interest rates on liabilities. It also extends the amortization period for funding shortfalls from seven years to 15 years under the new rules. While the implementing guidance should be issued later this year, the company expects the net impact of these provisions to provide approximately $30 million of U.S. pension contribution relief per year for at least the next three years.

After quarter-end, the company entered into an amendment to its senior secured credit facility to replace its $360 million facility on substantially similar terms. The amendment allows the repayment of the $180 million of pre-amendment term loans by drawing on the revolving facility and using cash on hand, extends the maturity date of the revolving facility from 2025 to 2027, reduces the spread on the term loan facility by up to 10 basis points, and reinstates in full the $180 million term loan facility, with maturities of up to ten years, with a delay draw period of up to three years.

"We see encouraging fundamental indicators to support our growth in the wood products business, with the upward trend in U.S. housing starts, the strength in repair & remodeling activity and our healthy order book. In tissue, we expect pressure on pricing and volume in the second quarter. Building on higher realized prices in the first quarter, we are optimistic for near-term performance improvements in our pulp and paper segments, as we continue to recover from the difficult economic effects of the pandemic," added Mr. Lalonde.