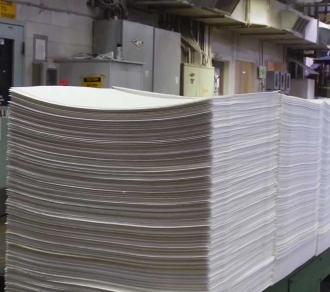 April 19, 2021 - Paper Excellence on April 16 announced the permanent closure of the Mackenzie Pulp Mill located in Mackenzie, British Columbia, Canada. Production at the mill was originally curtailed in June 2020 due to market impacts caused by COVID-19 and lack of local economic fibre.

The mill had the capacity to produce approximately 240,000 ADMT (air-dried metric tons) of Northern Bleached Softwood Kraft (NBSK) pulp per year and employed about 250 people. The plant is a combined Kraft pulp and energy facility, which satisfied 70% of its electrical and 90% of its steam requirements.

Paper Excellence acquired the Mackenzie mill in 2010 and since then invested over $360 million in the mill's operations. However, "…despite these investments and the committed team of employees in Mackenzie, the facility's small production capacity and the ongoing lack of local economic fibre meant the mill could not be globally competitive," Paper Excellences said.

"Taking care of Paper Excellence's employees remains an important part of the Mackenzie closure. Where possible, Mackenzie employees have been relocated to other Paper Excellence facilities across Canada. Meanwhile, the terms of the collective agreement with UNIFOR Local 1092 will be respected and severance payments made," the company said.

Paper Excellence emphasized that "gaseous, liquid and solid chemicals as well as residues have been safely removed from the Mackenzie mill site. Currently, a small team of employees is providing around the clock monitoring while the development of a long-term remediation plan begins and the company explores ways to repurpose the facility in the future."

The pulp and paper sector is essential to a healthy and sustainable forest economy and Paper Excellence continues to believe in its long-term investments in British Columbia and elsewhere in Canada. To that end, Paper Excellence is restarting one of the paper machines in its Powell River mill in early May, investing with and establishing jointly beneficial partnerships with First Nations, and making a $13 million capital investment in the Port Alberni facility to diversify into higher-value markets.

Furthermore, Paper Excellence is working towards making a significant capital investment in its Crofton facility and restarting its facility in Prince Albert, Saskatchewan.

Paper Excellence, headquartered in British Columbia, is a manufacturer of pulp and specialty, printing, writing, and packaging papers. The company operates seven mills and a large-scale cargo distribution centre in Canada producing and shipping over 2.8 million tonnes annually with a workforce of more than 2,800. To learn more, visit: www.paperexcellence.com.