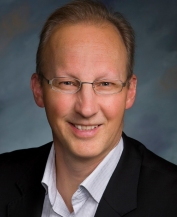 March 30, 2021 - Two Sides North America announced that its president Phil Riebel will retire effective April 1. Kathi Rowzie, who has been running the day-to-day operations of Two Sides since last March, will become president.

Riebel started Two Sides North America nearly a decade ago and built it into the highly successful organization it is today.

"Everyone who has worked with Phil over the years knows him as a trusted colleague and passionate advocate for the sustainability of print, paper and paper-based packaging," said Jeff Hester, chairman of the Two Sides North America board of directors. "Our industry has benefitted enormously from his efforts to build Two Sides into an organization whose voice is recognized and respected across the paper value chain and among many of North America's leading corporations.

"As Phil moves on from his Two Sides role to pursue other opportunities within the industry, I want to thank him on behalf of the board of directors for his dedicated service to our Two Sides members and our industry. Though Phil is stepping down, he will remain associated with Two Sides' mission as a valuable advocate in our strategic efforts." 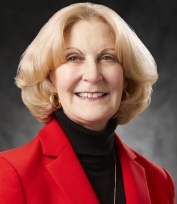 Bill Rojack, vice chairman of the Two Sides board, said, "We also want to express our enthusiastic support for Kathi as she steps into her expanded role. She brings a unique combination of paper industry, sustainability and communications expertise that will help us continue to build on Two Sides' success."

Rowzie's career spans more than 30 years in corporate and consulting roles with Fortune 500 companies, including extensive experience in the paper industry and with industry customers. A longtime advocate of Two Sides, her association goes back to the organization's beginning, when as a consultant, she was instrumental in helping launch the Two Sides website, educational tools and marketing materials.

"Kathi continues to bring new ideas and fresh perspectives that will be critically important as increasing consumer, government and ENGO attention to the sustainability of print and paper products makes Two Sides' work more important than ever," Hester added. "The board looks forward to working with her as we seek to take Two Sides to the next level."

Two Sides North America is an independent, non-profit organization, and is part of the Two Sides global network which includes more than 600 member companies across North America, South America, Europe, Australia and South Africa. Two Sides' goal is to dispel common environmental misconceptions and to inspire and inform businesses and consumers with engaging, factual information about the sustainability, versatility and attractiveness of print, paper and paper-based packaging. To learn more, visit: www.twosidesna.org.