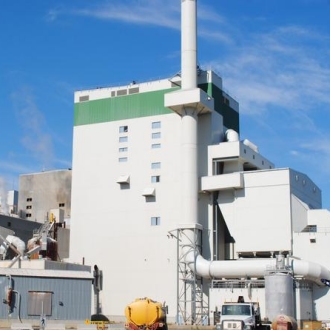 Winterizing the Prince Albert pulp mill means that the interior of the mill is now heated for the first time since 2014, when the site last operated.

May 9, 2022 - Paper Excellence on May 4 announced that it is nearing completion of a significant project to winterize the pulp mill at Prince Albert Pulp Inc (PAPI) in Saskatchewan, Canada. Winterizing the mill means that the interior of the mill is now heated for the first time since 2014, when the site last operated. The project will cost approximately $500,000.

"We're excited to see that work is underway," Energy and Resources Minister Bronwyn Eyre said. "This project will support Saskatchewan's world class, sustainable forestry sector and create economic opportunities in the north, including over 1,650 new jobs."

The winterization project will be completed entirely by Saskatchewan contractors, including several companies from Prince Albert.

Paper Excellence continues to work with the Saskatchewan Ministry of Environment on the environmental assessment process for the overall project to restart the mill and expects that process to be completed in the coming months.

The Prince Albert Pulp Mill, which first opened in 1968, has the capacity to produce about 350,000 tonnes per year of Northern Bleached Softwood Kraft (NBSK) pulp.