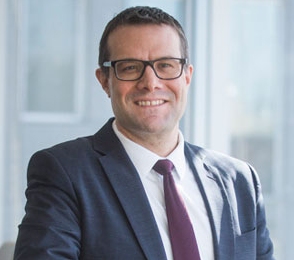 "We further strengthened the balance sheet with significant cash generation and improved the competitiveness of our business with two tuck-in acquisitions." – Remi Lalonde, President and CEO of Resolute Forest Products.

"We further strengthened the balance sheet with significant cash generation and improved the competitiveness of our business with two tuck-in acquisitions," said Remi G. Lalonde, president and chief executive officer. "Our earnings and cash position reflect favorable pricing momentum in all of our segments, but the transportation network improvements were slower than expected, which led to lower sales volume and higher inventory levels. With our strong balance sheet and liquidity well over $1 billion, we benefit from enhanced flexibility to generate long-term value for shareholders and to drive sustainable economic activity in the communities where we operate."

Mr. Lalonde added: "I am also pleased to confirm we surpassed our 30% absolute greenhouse gas emissions (scope 1 and 2) reduction target, cutting them by 34% compared to 2015 levels."

The market pulp segment recorded operating income of $22 million in the first quarter, $3 million higher than in the prior quarter. The average transaction price increased by $9 per metric ton, or 1%, and the delivered cost fell by $8 per metric ton. Shipments were 28,000 metric tons lower, due to the capacity curtailment at the Calhoun mill and logistics constraints, which resulted in an increase in finished goods inventory of 23,000 metric tons. EBITDA in the segment improved by $1 million, to $26 million.

The paper segment recorded operating income of $25 million in the quarter, an improvement of $29 million over the previous quarter. The average transaction price rose by $37 per metric ton, or 5%, due to favorable market conditions in all grades. Shipments slipped by 22,000 metric tons with the capacity curtailment at the Calhoun mill. The delivered cost decreased by $47 per metric ton, or 6%, due to lower overall operating costs following the curtailment in Calhoun, partly offset by higher freight costs. Finished goods inventory remained elevated at 85,000 metric tons, as a result of limited rail car and truck availability. Quarter-over-quarter segment EBITDA improved by $22 million, to $34 million.

The operating income in the first quarter was $58 million higher than in the first quarter of 2021. The improvement reflects higher selling prices in all segments ($163 million) and the net favorable impact of the indefinite idling of pulp and paper operations at the Calhoun mill ($13 million), partly offset by lower shipments as a result of logistics constraints ($33 million).

"The underlying fundamentals for building materials remain positive, but we are mindful of inflationary pressure and rising interest rates, which could affect pricing and margins. With our network of high-quality pulp and paper assets and structural advantages, such as fiber integration and embedded power generation, we are well-positioned to grow margins in a rising price environment. We continue to work hard to adapt to challenges in the transportation network, and we expect to gradually normalize inventory levels in the second half of the year," added Mr. Lalonde.

Resolute Forest Products Inc. (NYSE: RFP) (TSX: RFP) is a global leader in the forest products industry with a diverse range of products, including market pulp, tissue, wood products and papers, which are marketed in over 60 countries. The company owns or operates some 40 facilities, as well as power generation assets, in the United States and Canada. To learn more, visit: www.resolutefp.com.