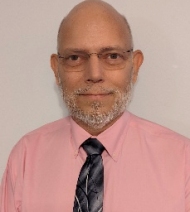 Dr. Hart, a TAPPI Fellow, is one of the association's most prolific authors, having published more than 100 peer-reviewed technical articles and edited and co-authored three textbooks for TAPPI PRESS.

A TAPPI member since 1981, he has been in the leadership ranks of both the Southeastern and Gulf Coast Local Sections. He served in every leadership position on the Alkaline Pulping and Bleaching Committee and on the Pulp Manufacturing Division.

A TAPPI Journal (TJ) Editorial Board Member for 20 years, he served one term as TJ Assistant Editor and recently completed his second of two terms as the journal's Editor-in-Chief. Hart also served on TAPPI's Board of Directors.

He earned his Bachelor of Science from the University of Maine (UMaine) majoring in both Chemical Engineering and Pulp and Paper Technology. While at UMaine, he spent two terms as a co-op for Boise Cascade in Rumford, ME and a summer working for Container Corporation of America in Philadelphia, Pennsylvania.

After obtaining an MS in Chemical Engineering from UMaine, Hart worked for the university and assisted with the relocation of a pilot paper machine and on other various projects. Hart then moved to Atlanta, GA, to get a Ph.D. in Chemical Engineering from Georgia Institute of Technology. His dissertation was on the formation and release of AOX during kraft pulp bleaching.

Upon completion of his Ph.D., Hart joined Westvaco (later MeadWestvaco, MWV, and now WestRock) as a Research Chemical Engineer and worked on various optimization, cost reduction, and cluster rule compliance projects. He also worked on batch digester over-pressurization issues and fundamental understanding projects along with material and energy balance models for various mills.

Hart then stepped into production roles including pulp mill superintendent, process engineering manager, and technical assistant to the mill manager. He returned to R&D in 2002 working on multiple mill improvement efforts collaborating with vendors, universities, outside research consortia, and various government agencies. He then worked as an individual contributor for several years before being chosen to help lead the corporate R&D structure for the company.

Over the course of his 29-year career at WestRock, Hart has held various research, production, and engineering positions of increasing responsibility. He worked in production at both the Wickliffe, Kentucky, and the Evadale, Texas mills and spent five years living in Brazil half-time as part of a major mill expansion project that included a new paper machine and a serial #1 patented pulping line which he helped develop.

First presented in 1985, the prestigious Gunnar Nicholson Gold Medal Award is TAPPI’s highest technical honor in recognition of an individual’s exceptional industry contributions. It is presented annually only if the individual has made preeminent scientific and engineering achievements of proven commercial benefit to the world’s pulp, paper, board, and forest products industries including forestry, derived products, their process technologies, and their applications.

The award will be presented at TAPPICon, April 30-May 4, 2022 in Charlotte, North Carolina, USA.

TAPPI is the leading association for the worldwide pulp, paper, packaging, tissue and converting industries.