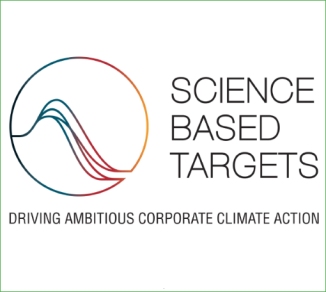 In its climate program, Valmet is targeting to reduce CO2 emissions from its own operations by 80 percent and 20 percent in its supply chain by 2030.

Aug. 20, 2021 (Press Release) - Valmet introduced its climate program — Forward to a carbon neutral future — in March 2021 with CO2 emission reduction targets for its entire value chain. Now Valmet has got its climate program targets approved by the Science Based Targets initiative (SBTi). This approval means that Valmet´s climate targets support the Paris Climate Agreement's goal to limit global warming to 1.5°C and are based on the latest climate science.

In its climate program, Valmet is targeting to reduce CO2 emissions from its own operations by 80 percent and 20 percent in its supply chain by 2030. Valmet also targets to enable carbon neutral production for all its pulp and paper industry customers by 2030 by developing new technologies. Valmet is also improving the energy efficiency of its current technology offering by 20 percent. The baseline year for the CO2 reduction targets is 2019.

"Valmet believes that technology plays a key role in mitigating climate change and global warming and the transition to a carbon neutral economy. We are happy that the Science Based Targets initiative has approved our climate program targets as contributing to the limiting of global warming to the targeted 1.5°C level. With concrete actions we will significantly reduce our own and customers' carbon footprint and support our suppliers to do the same. Valmet is strongly committed to be the preferred partner for our customers on their journey to carbon neutrality," says Pasi Laine, President and CEO, Valmet.

Valmet has been recognized for its actions and strategy to mitigate climate change by maintaining leadership position in CDP's climate program ranking since 2016. Valmet has also been included in the Dow Jones Sustainability Indices since 2014.

About Valmet's climate program – Forward to a carbon neutral future

Valmet's climate program includes ambitious CO2 emission reduction targets and concrete actions for the whole value chain, including Valmet's supply chain, own operations, and the use of Valmet's technologies by its customers. The program is aligned with the Paris Climate Agreement's 1.5°C pathway and the United Nations Sustainable Development Goals.

About The Science Based Targets initiative (SBTi)

Valmet is a leading global developer and supplier of process technologies, automation and services for the pulp, paper and energy industries. The company's technology offering includes pulp mills, tissue, board and paper production lines, as well as power plants for bioenergy production. To learn more, visit: www.valmet.com.