Domtar Responds to Speculation about Potential Acquisition by Paper Excellence 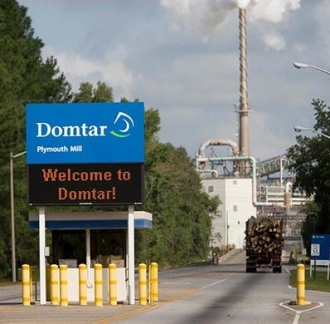 May 4, 2021 - Domtar today said that it has been made aware of press speculation regarding discussions between itself and Paper Excellence with respect to a possible business combination or acquisition.

In response to that speculation, Domtar acknowledges that its management has been in discussions with Paper Excellence about such a potential transaction. However, these discussions may or may not result in an agreement.

A story on Bloomberg.com on May 3 said, "Canadian paper and packaging company Paper Excellence is exploring a deal to acquire U.S. rival Domtar Corp., according to people familiar with the matter.

"The companies are working with advisers on a potential transaction that would take U.S.-listed Domtar private, said the people, who asked not to be identified because the details aren't public. A deal could value Domtar's shares in the mid-$50s, one of the people said. No final decision has been made and talks could fall through," the Bloomberg story said.

Domtar said that it does not intend to make further comment unless or until there is a transaction to announce.