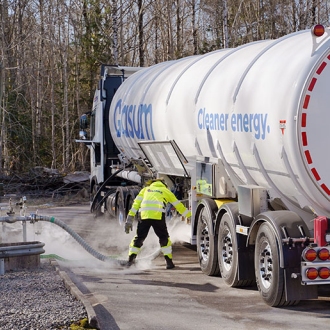 The ambition for our production facility in Lilla Edet, Sweden is to be the world's first tissue mill with emission-free production," said Donato Giorgio, President Global Manufacturing at Essity. "Supported by several successful shorter tests, we will now run the mill emission free for a longer period. We can then take the knowledge gained and explore using it in our other production facilities."

After successful shorter tests during the beginning of 2021, the Lilla Edet facility will conduct a longer test run replacing natural gas with biogas as energy for producing Tork branded and consumer tissue products such as Lotus.

Essity explained that both natural gas and biogas contain methane; the difference is the origin. Biogas is renewably produced through digestion of biological waste and thus does not give rise to fossil CO2 emissions.

By 2030, Essity aims to reduce its greenhouse gas emissions by 25% for its energy and electricity use within the company and for purchased electricity compared with the base year 2016. The target was approved by the Science Based Targets Initiative in 2018.

Up until 2020, emissions have been reduced by 11% compared with the base year.

Essity, with headquarters in Stockholm, Sweden, is a leading global hygiene and health company and a producer of leading global brands such as TENA and Tork, and other strong brands, such as JOBST, Leukoplast, Libero, Libresse, Lotus, Nosotras, Saba, Tempo, Vinda and Zewa. The company employs 46,000 people. To learn more, visit: www.essity.com.