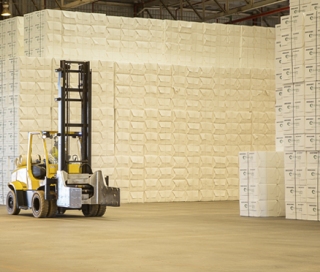 Eldorado Brasil has the installed capacity to produce 1.5 million tons per year of bleached short-fiber pulp. In 2019, the mill produced 1.8 million tons.

Feb. 5, 2021 - Paper Excellence on Feb. 4 announced that the International Chamber of Commerce (ICC) arbitration court in Brazil has ruled in favor of Paper Excellence in a case against J&F Investimentos SA, the parent company of Brazilian pulp producer Eldorado Brasil Celulose.

On September 2, 2017, Eldorado Brasil informed its shareholders in a market announcement that the company's major shareholder J&F Investmentos, a holding company controlled by brothers Joesley and Wesley Batista, had agreed to sell its entire stake in the company to CA Investment (Brazil) S.A., a subsidiary of Paper Excellence. According to Eldorado, the purchase price for the company amounts to 15 billion reais ($3.61 billion), adjusted for working capital and net financial debt at completion.

Under the terms of the deal, the parties had one year from the date of the agreement to complete the transaction.

In a securities filing on Sept. 4, 2018, Eldorado Brasil announced that J&F had exercised its right to terminate the previously concluded agreement with Paper Excellence and CA Investment for the sale of its 50.59% shareholding in Eldorado. Eldorado Brasil said in the filing that it had been informed by J&F that a deadline to conclude the deal with Paper Excellence and CA Investment had expired on September 3, after a 12-months period, which triggered J&F to cancel the deal.

A bitter dispute ensued with both sides accusing each other of not complying with conditions set forth in the initial agreement. CA Investment then filed an arbitration claim against J&F.

Eldorado Brasil has the installed capacity to produce 1.5 million tons per year of bleached short-fiber pulp. The mill is located in Três Lagoas, in the state of Mato Grosso do Sul, Brazil. According to Paper Excellence, in 2019, the mill produced 1.8 million tons of pulp.

"We welcome Eldorado's employees and all of its stakeholders to Paper Excellence," said Claudio Cotrim, Managing Director of Paper Excellence in Brazil. "Our immediate focus with Eldorado will be to integrate it seamlessly into the Paper Excellence Group, including evaluating how best to invest in expanding its capacity in a timely manner."

With the incorporation of Eldorado Brasil, Paper Excellence will have approximately 7,000 employees worldwide and an annual production capacity of 5.3 million tons of pulp and paper.